Simon has been producing shows since 1992 when, with four colleagues, he created and performed in Buddy Holly and The Cricketers, which toured the UK and Ireland, USA, Caribbean, Gulf States, Europe and the Far East. Following the worldwide success of this show, the company produced Holly At Christmas, The Eddie Cochran Show and Beatmania. In 2003, Simon set up as an independent producer, continuing to tour Buddy Holly and The Cricketers twice annually, alongside tour-booking many other shows, including The Rat Pack Live, The Blues Brothers, The Simon & Garfunkel Story and The Elvis Years.

In 2008, Simon became artistic director of Leatherhead Theatre. In this time, he co-produced two No1 national tours of Stepping Out to celebrate both the 25th anniversary of the play and the theatre’s 40th birthday. With Squeeze frontman Chris Difford, aided and abetted by Red Dwarf’s Norman Lovett, he created and toured It’s All About Me, which combined the pair’s musical and comedic talents in a show that played the Edinburgh Fringe. Simon also toured Chris nationally in his own solo show. At Edinburgh, Simon produced Frank, by Simon Rae and Tony Cox, a Faustian reimagining of Sinatra’s life and a stage adaptation of Astrid Lindgren’s The Brothers Lionheart by Pete Gallagher, which he premiered at The Pleasance, London.

During his performing days with Buddy Holly and The Cricketers, he and his colleagues would regularly take the field with the Bunbury celebrity cricket team and then entertain the assembled with post-match concerts. It was inevitable that Simon’s twin loves of cricket and theatre should combine again and, in 2008, he worked with Jonathan Agnew for the first time, producing the stage show In The Box that featured, among others, Ralph Dellor, Graham Gooch, Mike Gatting, Jeremy Coney, Graeme Fowler and Geoff Miller.

For the 2013 home Ashes, Simon co-created and produced a show with Aggers in partnership with Geoffrey Boycott, that played in the host cities on the eve of each Test. The success of these prompted further runs of An Evening With Boycott and Aggers, which were, in turn, followed by Jonathan appearing with other well-known figures from the game; Evenings with Sunil Gavaskar, Graeme Swann, Phil Tufnell and David ‘Bumble’ Lloyd were all huge hits with lovers of cricket and non-aficionados alike.

Simon also produced Michael Brandon in his Stand Up Story show; co-produced Chris England’s Twitstorm at Park Theatre; Rugby Re:Union with BBC’s John Inverdale, and then Ian Robertson, alongside British Lions rugby legends; A Lock In With Tuffers and Dawson, hosted by Nick Hancock and Octopus Soup!, a new comedy which premiered at the Belgrade Coventry and toured nationally.

Simon is currently working with Cuffe & Taylor and Live Nation on the West End and national tour of A Question of Sport Live. With Simon Rae and Hilary Field, he has also just started a radio and podcast production company, Stretched Light. 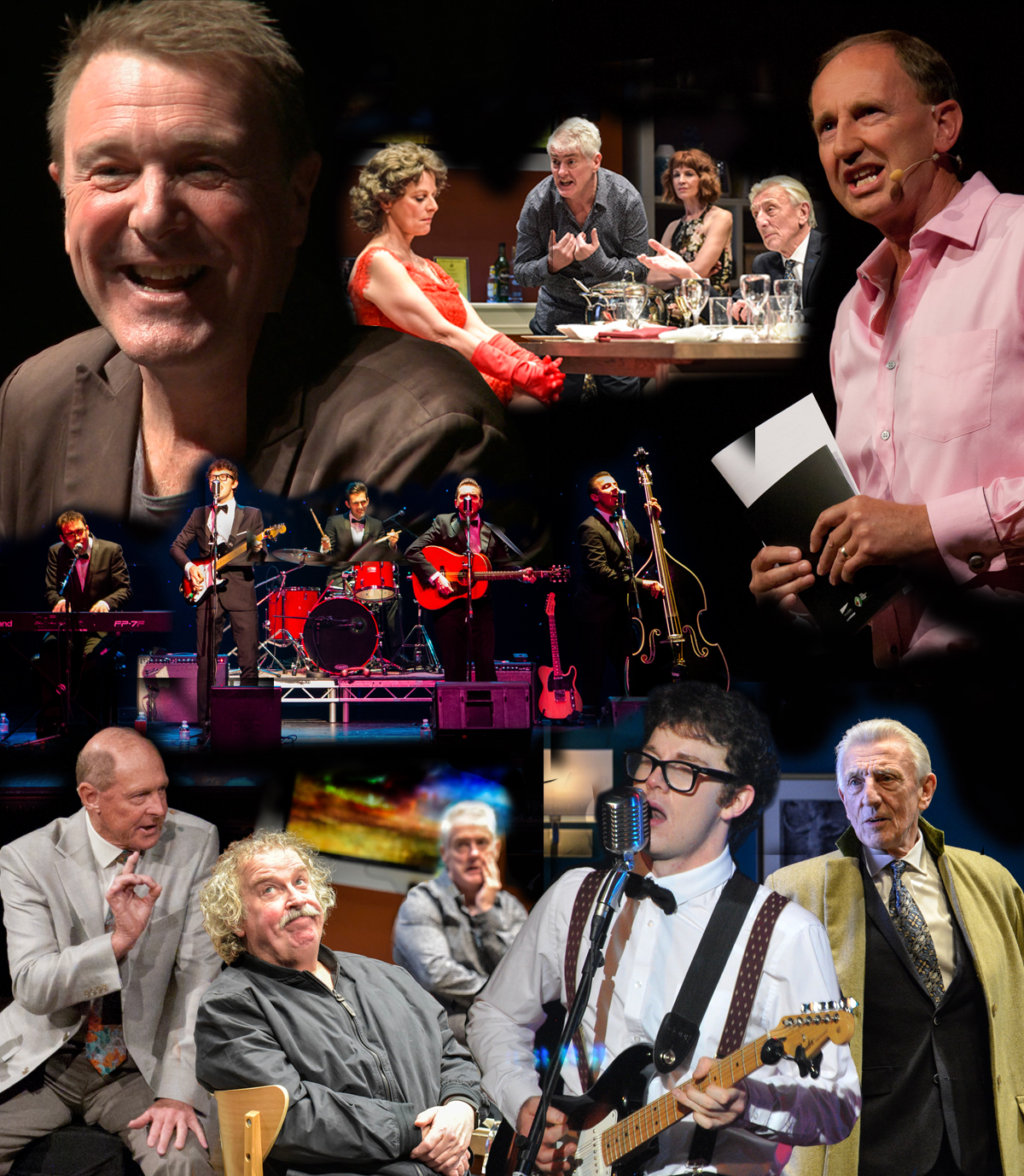 What our critics say

The Kent and Sussex Courier

"What stands out as faultless in this show is the brilliant comic timing... Paul Bradley… is immaculate, hilarious!"

The Lennon & McCartney of cricket broadcasting

Funniest in the business

His is a rattling, often romance-steeped yarn, and his story of a drama-school audition nightmare is probably one of the funniest in the business. If you didn’t know or much care for this Anglophile American (who married his Makepeace, Glynis Barber, in 1989) at the start, by the end of his charm offensive you sure will.

LUCKY HE WASN'T A POLITICIAN

“It’s lucky he wasn’t a politician otherwise he might have blown up the world!