Although our venues are not yet fully open, you can still watch some amazing plays, musicals and other performances from the comfort of your own sofa. During lockdown, a wealth of top-notch entertainment can be accessed online; some for free, some pay-to-view. We have put together a guide to the best of what’s online. We hope you enjoy these and we look forward to entertaining you in person very soon.

To keep our fantastic theatres alive through this tough time, as well as supporting the people who work in the industry, many of whom are freelance, there are a number of ways you can help with donations for online performances and through various charities. We have details below on how you can play your part. 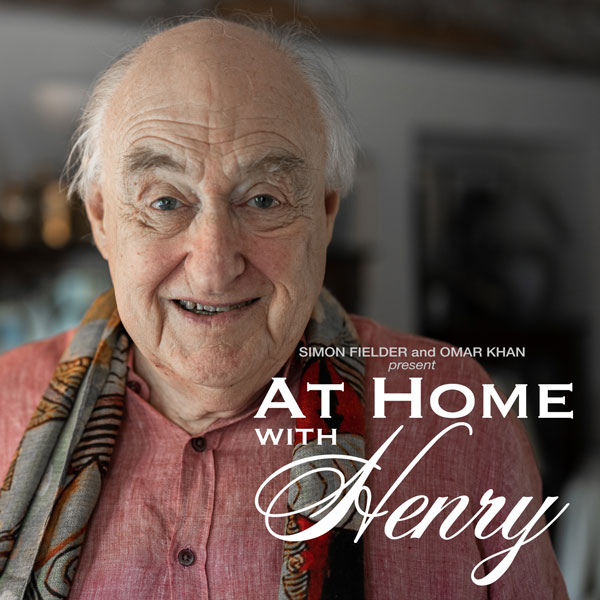 At Home with Henry

Treat your Dad on Father’s Day with this one day intimate encounter with Blowers – £14.99 for the box set!

Don’t miss At Home with Henry on simonfielder.com/whats-online where much loved Cricket TMS commentator, Henry ‘Blowers’ is inviting you into his Norfolk cottage for three very special and intimate 45 minutes, starting Monday 12th July. In this one day with Blowers, the three passages of play follow the sessions of a day’s cricket – Morning, Afternoon and Evening – In these highly entertaining Through the Keyhole-style encounters.

A must-watch, showing now – Henry’s Vodcast to the Nation going live at 10.30am and 7.15pm on each day of the first two test matches; Wednesday 2nd to Sunday 6th June and Thursday 10th to Monday 14th June. Hear Henry’s take on the day’s game and more… READ MORE 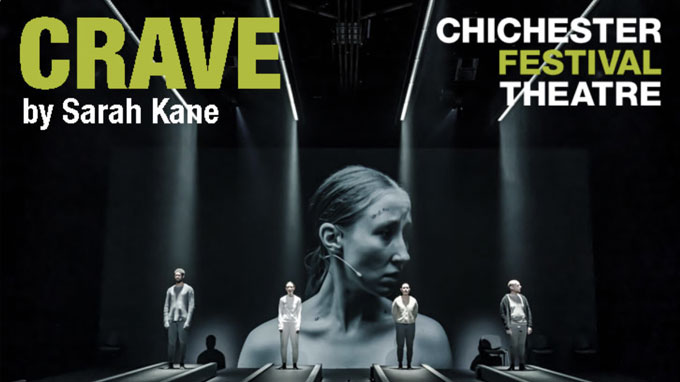 Don’t miss a second chance to see this production, starring Erin Doherty (Princess Anne in The Crown), Alfred Enoch (Harry Potter, How To Get Away With Murder), Wendy Kweh (The Welkin, Top Girls) and Jonathan Slinger (I May Destroy You), in this new edit of the live stream with remastered sound and additional footage.

In a damaged world, four characters search for the light. This heart-rending, funny, kind and cruel meditation on the meaning of love resonated with audiences looking to reconnect after the loneliness and seclusion inflicted by a global pandemic.

Audiences in Chichester and in 50 countries around the world were blown away by Tinuke Craig’s (random/generations, The Color Purple) production of Crave, Sarah Kane’s deeply personal meditation on the meaning of love, when it was performed at the Festival Theatre last autumn and streamed live. 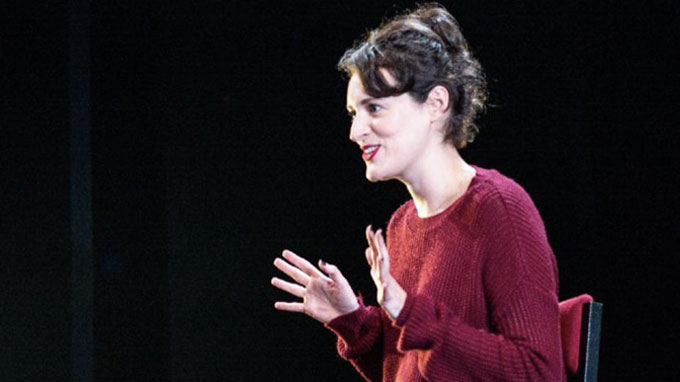 The National Theatre are sharing a series of blockbuster productions with Prime Video audiences in the UK and Ireland. These top-notch plays will be vailable to watch these plays from some of the best theatres and producers in London from 11 June:

Ian McKellen On Stage with extracts from his most iconic performances. From ATG Productions.

Frankenstein with Benedict Cumberbatch and Jonny Lee Miller alternate in the roles of Victor Frankenstein and his creation. 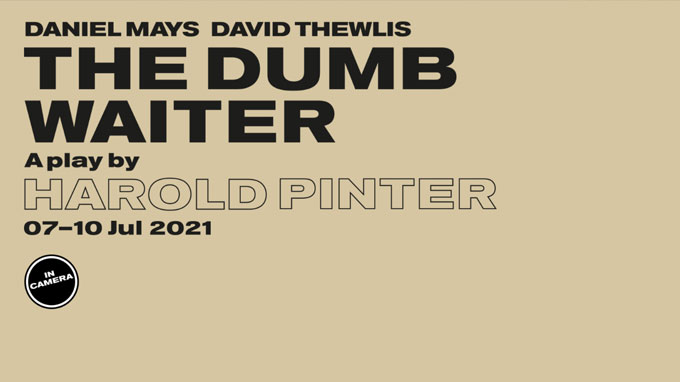 THE OLD VIC: IN CAMERA

The Dumb Waiter will be live streamed as part of our OLD VIC: IN CAMERA series . The audience will be watching from home if you book a ticket for this production. There will also be a small studio audience at The Old Vic.

‘We send him up all we’ve got and he’s not satisfied. No, honest, it’s enough to make the cat laugh.’

Ben and Gus are seasoned hitmen awaiting details of their next target in the basement of a supposedly abandoned cafe. When the dumbwaiter begins sending them mysterious food orders, the killers’ waiting game starts to unravel.

OLD VIC: IN CAMERA performances are streamed live from the iconic Old Vic stage with the empty auditorium as a backdrop. 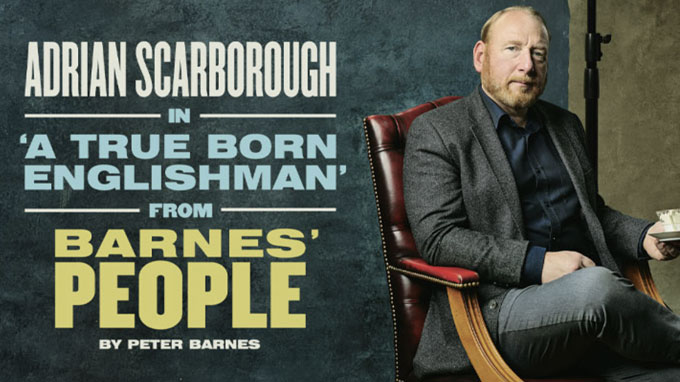 ‘Extraordinary… We can count the rediscovery of Barnes’ angry, witty, vivid voice as one of the rare plus points of the pandemic… More please’

Leslie has been a footman at Buckingham palace for thirty years. A life of service, a life of discretion… and a lifetime of secrets. Originally banned from broadcast by the BBC and never seen before, this world premiere takes you behind the scenes of the most famous of royal palaces for an unforgettable audience with a true born Englishman. 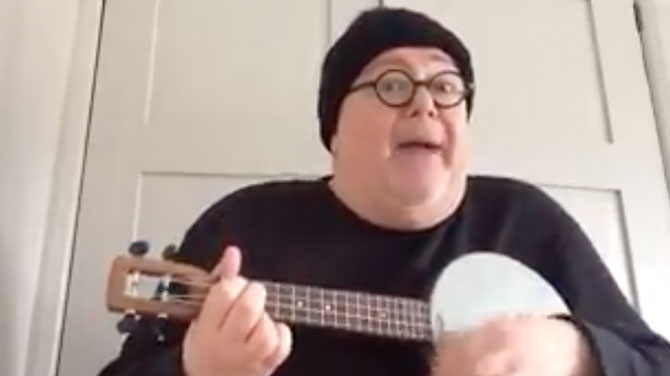 BY FREDDIE MERCURY…. AND MARTYN ELLIS

Bohemian Rhapsody, as you’ve never heard it before. Well, unless you’ve been at one of our post-show parties!

Martyn Ellis, one of the ‘Famous Five’ founding members of Buddy Holly and The Cricketers, kicks off the first of our Where Are They Now? features with his hilarious uke version of the Queen classic. We’re sure Freddie would love it!

Also, if you’ve ever fancied yourself as 4-string wonder or latter-day George Formby, join Martyn each Friday for his free, fun group Zoom class, Tina’s Ticklers! Contact Tina’s Ticklers HERE to join.
WARNING: although joining in is easy and painless, side-effects do include smiling, laughing and having a good time. 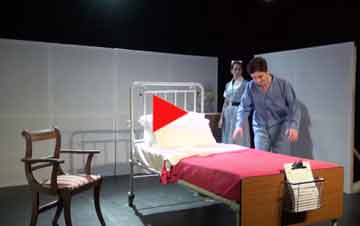 Does anyone need a midweek dose of feelgood?Bed Seven is based on a true story and set during the early years of the NHS. Here’s the trailer on YouTube and you can find the full 50 minute play on YouTube here.

Please have this one on me, share if you enjoy & donate a few pounds to help the Actors Centre survive. 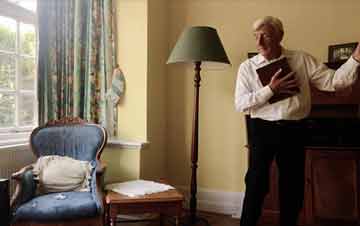 As lockdown is eased and we begin to enjoy our old freedoms, we must not forget those who may still be isolated. Reconnected is a short film which was written, shot, edited and now released during Lockdown. Directed by Sophie Kettle Smith. Written and Produced by Mia Mackie. Starring Eric Richard, Alex Bartram, Delena Kidd, Kristin Atherton, Mia Mackie and Oriana Charles. Sound Design – Marcos Willatts. Editing – Joe Haskey, Sticks and Glass. Assistant Producer – Hannah Gough. Casting – Simon Sharkey.

Music from our Buddy Boys!

Don’t just lock down – rock down! Let Buddy and the boys entertain you in the comfort of your own homes. Some of our Buddy boys, past and present, are live streaming their performances. 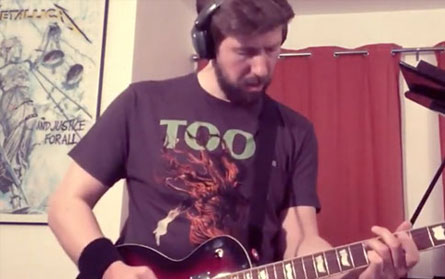 Kai’s enthusiastic rendition of “Invincible” by Tool from 2019’s “Fear Inoculum”. Learned by ear, Kai says “*PURISTS ALERT* I’m like you. I get it. I’m a perfectionist too. I know there are some small inaccuracies with how I’ve played it here ‘live’ compared to what Adam plays on the record. Especially coming back in from the ‘breaks’. To be honest I was just thrilled that I finally got it all in one continuous take. I hope you’ll forgive these as a trade off for my enjoyment from playing this beast of a tune.” 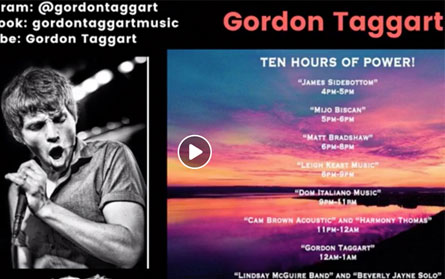 Ex-Buddy Gordon Taggart performs live on Facebook in a series of online gigs. You can watch Gordon’s 2nd live show 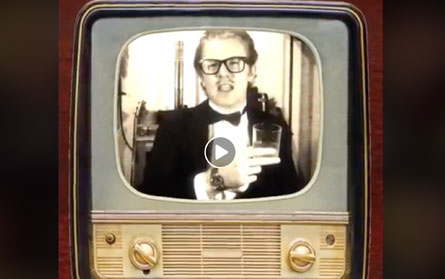 TV shows to quarantine to!

Our very own current Buddy Jason has been working at this for weeks. It is his tribute to my favourite tv shows that keep him sane (?) during quarantine. Jason says “Would’ve loved to put it out sooner but the costumes were slow in the mail. All credit to the amazing composers who work on these shows. Enjoy.”

Showing on Facebook, Paul gives us his news and views on city life, whilst enjoying a beer (or two) of the day! Below our pick of the crop but lots more on Paul’s Facebook page. 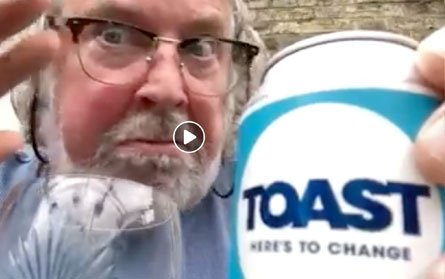 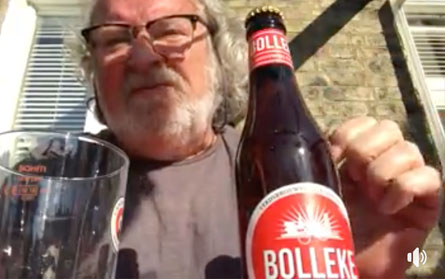 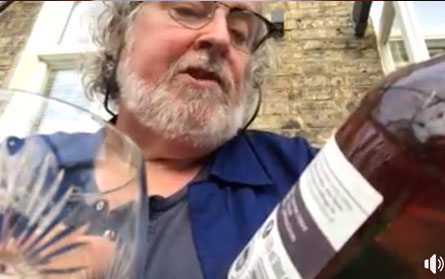 Acting for Others provides financial and emotional support to all theatre workers in times of need through the 14 member charities. Theatrical charity, Acting For Others will distribute funds raised across its 14 member charities to support theatre workers affected by the Covid-19 pandemic. The money has been raised by over 120 extraordinary organisations and initiatives including All The Web’s A Stage, Fleabag For Charity, Les Misérables -The Staged Concert Charity Download, Noël Coward Foundation, Theatre Support Fund – The Show Must Go On, Ross Noble Live and Spotlight among many others.  Donate HERE

The COVID-19 global crisis is having an immediate and serious impact on charitable arts organisations such as the ROH. Like many others, generating revenue from tickets, retail, catering and events is no longer possible. You can donate HERE